Twenty-nine was a doozy ok?! The beginning of twenty-nine felt like a dream but midway through that dream, things became a bit hazy. I didn’t recognize myself or anything about the woman I was about to shift into.  What’s funny is, I had no intentions of shifting any more than I already had in my previous years.

I really thought that I was in a good place. I felt that I’d come so far and conquered so much but little did I know there was so much more for me to do. I really feel God had to wake me. The things I thought I had conquered by myself, God had to show me that I really hadn’t. More importantly, that I really needed him to do it.

Twenty-nine was a revealing year. A deep cleansing year. The year in which toxicity was removed from my life in all forms and fashions.  I started going to therapy and talking through my feelings.

Contrary to popular belief this was hard. I didn’t like to show emotions that I felt may equate to me being weak. I didn’t want to cry.  What’s crazy is, if anyone around me cried I automatically encourage it but when it comes to me shedding a tear… that’s NOT allowed. Typically admitting that something has hurt me, results in rage and anger because crying wasn’t an option. At least that’s how I operated previously.  Therapy taught me it’s ok to feel. That as much as I’d like to think I’m not, I’m definitely human. Ya girl has feelings.

I took two major hits at twenty-nine. One unsettled me and the other made me realize life is short.  My Pastor always says “Situation(s) can make you bitter or better.” And with each hit I decided to be better. Even when being bitter would’ve been easier.

At twenty-nine I stopped being the friend/sister/daughter etc that you could call on when you needed, freely dump on, and/or take advantage of and go about your business. Some people felt this. They felt the shift of me no longer being their dumping ground. There were no hard feelings, I just needed me more. I started being more selfish with how I spend my time.  I also became content in letting go of relationships that were toxic. Not just friends, family too.

The loss of my grandmother was one of the hits I took. And I know what you’re thinking…what about the first hit? What was it? Well, y’all are going to have to wait on the book for that. But don’t fret, it’s really on the way.

I struggled when she died. It was hard coping with thinking I had just seen her two days before she passed and under the circumstances she was fine. That my brother talked to her the day before she passed and she was so full of joy. My grandmother was so hopeful that she was going home, we had no clue she was talking about going to be with God.

I remember her vividly asking why I hadn’t come to see her much and really I had no good reason, as I had allowed life to become so busy. I simply said that but also asked her to forgive me. She said she did but in that moment I realized how much time I had missed out on by not making time for her.

I struggled with feeling like I was nothing like her. As amazing as I thought she was, I couldn’t find how we were similar. And that hurt me more. I wished I had asked more questions when she said she’d hoped to be here for my wedding, instead of telling her to stop playing. She tried to tell me and I didn’t listen. I didn’t want to hear it. I wished I’d asked her more questions about life. About her life. You know the wisdom your grandparents are supposed to provide? I wanted to tap into that more. This strong woman I had known her to be in her former years is what she gave us to the very end.

At her funeral, people spoke of her character and how strong and loving she was. They spoke about how she always showed up for her friends and how she always told it like it is. With love of course. And that’s when it clicked. I was more like her than I thought.  I vowed to myself to never lose that part of me. Never allow myself to be silenced. I’ll stand on the side of right (no matter what) and continue to tell the truth with love.

So, twenty-nine gave me a lot to process but also it came with a lot of growth.

This may be a bit dramatic but 29 felt like death. It was like the idea of a phoenix bursting into flames before it’s born again. At the time, I had no clue I would rise again.

Yet here I am.

Stepping into another decade of life. For which I give God all the glory. 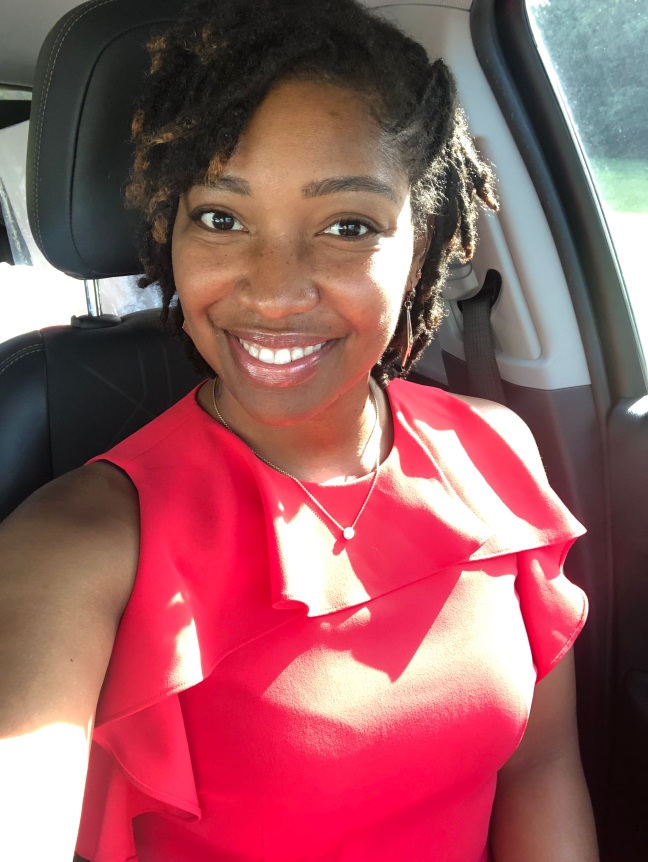 This next decade of life will be exactly what I make it.  I’m looking forward to the wisdom 30 will bring and how God will move in my life. Taking all the lessons from 29 and remembering to show up, not just for my family and friends but for myself. Here’s to 30! Living my life 2 the max now… not later!